Karen has toured extensively, performing in 35 States and 13 countries, including a two and a half month run of Hinton Battle’s American Variety Bang in Osaka, Japan. She has taken four trips to Zurich Switzerland as an instructor for the Zurich Tap Festival, in addition to her travels to The United Arab Emirates (Dubai, Abu Dhabi and Al Ain) with the Duke Ellington Big Band, Armenia and Romania with Tap City on Tour (through the Unites States Embassy), Taiwan as part of the All That Tap Taipei festival, to Canadian soil with Tap Giants and Tap Tel Aviv, and to Beijing, China and across North America with the Riverdance Flying Fquad and Riverdance Boyne Company.

Karen is mentioned in the tap history book Tap Dancing America by Constance Valis Hill, and was featured in a Black History edition of Essence Magazine, which highlighted four female African-American tap artists. She is also featured on a recording of music from The Sacred Concerts of Edward (Duke) Kennedy Ellington, performed by the Princeton University Concert Jazz Ensemble. She has appeared as the Tap Dancer in David Danced Before the Lord, a role not commonly performed by a female dancer — she reprised the role in April 2015. Karen can be seen interviewed on Bojangles, The Legacy created for Showtime, and appeared in a special guest spot on Sesame Street. A graduate of Spelman College, Atlanta, Georgia, she is also an alumna of the Alvin Ailey American Dance Center (AAADC) in New York.

In 2013, Karen was a Flo-Bert Honoree and received the Florence Mills Award. In July 2015, she received the prestigious Hoofers Award from the American Tap Dance Foundation. Dance Magazine heralded her as “a graceful dream with taps as happy as a song”, and the New York Times called her “a gifted traditionalist with laughing eyes”.

Karen is a featured artist, a charter member, and the first Dance Captain of the New Jersey Tap Ensemble. She recently celebrated 20 years of performing with the company in their high energy shows First on the A Train, The Next Step, Rhythm is our Business, By George, It’s Gershwin, and Pass It On. She also serves as Coordinator for NJTAP2.

Three memorable performances were held at The Hole in the Wall Gang Camp for Paul Newman and Joanne Woodward, The Cotton Club in Harlem, NY with Debbie Sledge of Sister Sledge, and at the Apollo Theater with the original Silver Belles for Former President Bill Clinton in which Karen took part. Karen danced with the Duke Ellington Orchestra under the direction of Mercer Ellington, and later nationally and internationally as a soloist for Paul Ellington. She was also in Lincoln Center’s Reel to Real Series, including Yankee Doodle Boys, The Brotherhood of Tap, and Storytellington, all choreographed by Mercedes Ellington.

Karen’s is the producer of Rhythms for Ruby (the show) and author of the book Gabriella’s Tap Shoes. 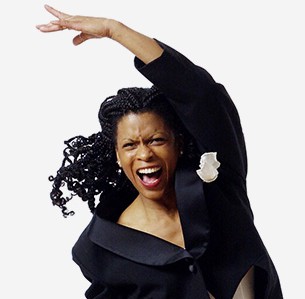