Lili Griffiths began studying ballet in Caracas, Venezuela, receiving her greatest guidance from Nina Novak in the Vaganova Method. At age 11, she was accepted to The Royal Ballet School in London, England. Four years later, she graduated to the The Royal Ballet Upper School, where she continued to study while performing as an Apprentice with The Royal Ballet at Covent Garden. She went on to accept a contract with the Saddler’s Wells Royal Ballet as a member of the Corps de Ballet, was soon promoted to Coryphée, and later became a Soloist.

Lili has been fortunate to work with and create roles for many of the most prominent choreographers of the 20th century, including Dame Ninette de Valois, Sir Peter Wright, Sir Frederick Ashton, Sir Kenneth MacMillan, Rudolph Nureyev, and David Bintley, to name a few. While a member of the Saddler’s Wells Royal Ballet, she participated in the company’s many international tours, performing in all the major ballets from the classical repertory, as well as in many neoclassical and contemporary works.

Since her retirement from performing, Lili has taught throughout the United States at elementary, intermediate and advanced levels, successfully teaching and coaching students in preparation for professional careers, performance roles, auditions, and competitions.

Lili is an ABT® Certified Teacher in Pre-Primary through Level 5 of the ABT® National Training Curriculum. 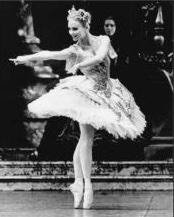