Tom McKie is a hip-hop dancer, choreographer, and dance educator with an enormous passion for the art of dance. McKie’s passion for dance was established when he witnessed Michael Jackson defy the laws of physics on Motown 25 Anniversary Special. From that day forward, McKie knew he wanted to dance. Being a self-taught dancer, McKie viewed television programs such as New York Hot Tracks, Video Music Box and the beloved favorite Soul Train, to cultivate his craft. He studied neighborhood crews as well as movies such as Beat Street and Breakin’. Although McKie’s training was not in a formal setting, he still learned from the best by venturing out into New York and New Jersey’s club scene. Dance clubs like The Shelter, The Tunnel and Club Zanzibar were the hot spots for underground dancer shared their gifts and talents.

It was not long before McKie found himself performing and choreographing professionally. He secured work throughout the country as well as internationally (Europe and Canada). His work has been in an array of venues including Walt Disney’s Magic Kingdom and New York’s Apollo Theater. Through choreographing and performing, McKie found a love for teaching dance as well, in both public schools and various dance studios. He has also taught various master classes, conventions, and workshops. In addition to being a teaching artist for NJPAC for 21 years, McKie is currently an adjunct professor at The College of New Jersey and recreational dance educator at Rutgers University. Throughout the years, McKie has had the privilege and honor of molding the careers of students who have gone on to appear on television, film and Broadway. 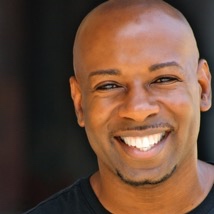